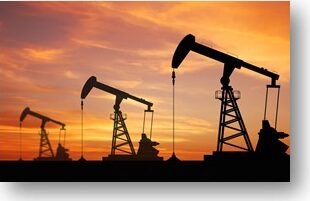 LOS ANGELES – Danning, Gill, Israel & Krasnoff, LLP represented  Michael A. McConnell, the Chapter 11 trustee (the “Trustee”) for the estate of HVI Cat Canyon, Inc. (“HVI”), which owned approximately 1,000 oil wells, most of which were idle or not performing.  The $26.75 million sale of the oil and gas assets located in Santa Barbara and Kern Counties closed on October 26, 2020.  HVI is affiliated with Rincon Island Limited Partnership that went through its own bankruptcy commenced in 2016.  The Trustee also closed a second sale for oil wells located in Orange County.  The Trustee was represented throughout by Danning Gill Partner Eric P. Israel.

The HVI bankruptcy case was filed in the Southern District of New York on July 25, 2019, transferred to the Southern District of Texas, and then transferred to the Northern Division of the Central District of California.  The Bankruptcy Court directed the appointment of a Chapter 11 trustee on motion by the State of California and others.  The Trustee was able to procure post-petition financing via a series of loans from the main creditor, UBS AG, and ultimately borrowed approximately $13.5 million.  With those funds, the Trustee operated the company for approximately one year.  During that time, the global price of oil crashed due to a price war between Russia and Saudi Arabia, and the effects of the COVID pandemic on global demand for crude oil.

In order to improve marketability of the company, the Trustee converted the company into a stand-alone vehicle instead of being part of a conglomerate of affiliated entities.  As part of the process, the Trustee rejected contracts with insiders and affiliates that had provided office space, equipment rentals, back office services and even sales of its product, replacing those arrangements with insiders and affiliated entities to third party vendors at market prices.

According to Mr. Israel, “The sale was complex, requiring settlements with numerous diverse parties in interest, including over 500 mineral owners, numerous governmental regulatory agencies and several secured creditors, and the County of Santa Barbara for many millions of dollars in real property taxes owed.  Ultimately, the mineral owners agreed to waive pre-petition back royalties of about $13 million in order to procure a responsible new operator.”