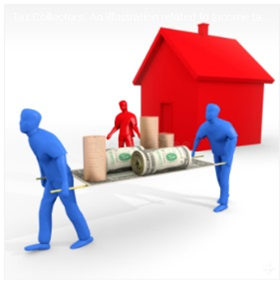 Nearly two decades after the Ninth Circuit ruled that debtors could protect their assets from creditors by converting them to exempt status before they file for bankruptcy, the Court of Appeals for the Second District of California has determined that such a transmutation may be challenged as a fraudulent conveyance under California law.

In Nagel v. Westen, 59 Cal. App. 5th 740 (2021), Nicole Nagel (“Nagel”) received a 4.5 million dollar arbitration award against Tracy Westen and Linda Lawson (“Sellers”) as a result of the Sellers’ failure to disclose material facts about a home they sold to Nagel.  To protect their assets, the Sellers applied the proceeds of the sale to a home in Texas (with a high homestead exemption) and a variety of investments in Nevada and Minnesota.  In response, Nagel sought to unwind those transactions under California’s Uniform Voidable Transactions Act (“UVTA”).

The primary issues before the court were: (a) whether the Sellers’ transactions constituted “transfers” within the meaning of the UVTA, and (b) if they were transfers, whether those transfers were fraudulent.  The trial court dismissed the claims as failing to state a claim for relief, and this appeal followed.  The appellate court noted that the UVTA defines “transfer” as “every mode . . . of disposing of or parting with an asset or an interest in an asset.” Cal. Civ. Code § 3439.01, subd. (m).  The court in Nagel determined that physically relocating property and transmitting sale proceeds out of state and then transmuting the proceeds into a different form is a mode of “parting with assets,” constituting a transfer per the definition in the UVTA.  Nagel, 59 Cal. App. 5th 740.  To support its reasoning, the court further explained that manipulating property to evade creditors would contravene the UVTA’s stated purpose “to prevent debtors from placing, beyond the reach of creditors, property that should be made available to satisfy a debt.”  Nagel distinguished as dicta language from the California Supreme Court in Kirkeby v. Superior Court, 33 Cal. 4th 642, 648 (2004), that a “transfer” requires the conveyance of an interest to a third party.  Id. at 648.

We believe that the decision in Nagel does not bear on the Supreme Court’s decision in Law v. Seigel, 571 U.S. 415 (2014).  There, the Supreme Court ruled that trustees may not rely on federal law to deny an exemption on grounds outside the scope of the Bankruptcy Code, but they may apply state law to disallow state-created exemptions.  Id. at 425.  It does, however, conflict with the Ninth Circuit’s ruling in Gill v. Stern (In re Stern), 345 F.3d 1036, 1045 (9th Cir. 2003), which held that the conversion of a debtor’s assets from non-exempt to exempt status on the eve of bankruptcy is not sufficient to qualify as a fraudulent transfer as a matter of law.

This decision could significantly affect a debtor’s strategies before filing for bankruptcy.  The practice of exemption planning, whereby debtors organize their financial assets to maximize the amount of property protected in bankruptcy, must be done more circumspectly following Nagel.