In March of 2020, Ravn Air Group, Inc. and its seven affiliates (collectively, Ravn) comprised the largest regional air carrier in the State of Alaska.  Ravn had 1,300 employees, 72 aircraft, 21 hub airports, and 73 facilities serving 115 destinations in Alaska, with 400 daily flights.  In addition to transporting passengers throughout the state, Ravn provided logistics, mail, charter, medical and freight air services in Alaska.  Ravn operated two Part 121 FAA certificates, and one Part 135 FAA certificate.  The Ravn affiliates were assembled and owned by a group of private equity firms and other investors.

In 2015, Ravn entered into a secured credit agreement with secured lenders for a term loan of up to $95 million and revolving loans of up to $15 million.  In March 2020, Ravn owed the secured lenders approximately $91 million.  All of Ravn’s assets were pledged as collateral to secure the loans.

Due to the seasonal nature of Alaska air travel, Ravn relied heavily on spring and summer bookings.  In March of 2020, the COVID-19 pandemic upended the business.  By March 12, 2020, the World Health Organization declared COVID-19 a pandemic, and the first case of the virus was announced in Alaska.  Travel restrictions, cancellations and decreased booking resulted.  By March 20, 2020, the State issued a travel advisory to cease all non-essential travel.  By the end of March 2020, Ravn lacked cash to fund operations, including payroll.

On April 5, 2020, the eight Ravn entities filed for chapter 11 bankruptcy protection in Delaware bankruptcy court.  The Ravn debtors obtained superpriority secured financing from their prebankruptcy lenders, with such debt being repaid ahead of other debts, and a limited budget available for the administration of the bankruptcy cases.  The debtors originally sought to reorganize in chapter 11 utilizing funds made available under the CARES Act, but the debtors’ secured debt burden proved too great.

The debtors’ agreement with their DIP lenders required an accelerated timeline to confirm a liquidating chapter 11 plan.  The plan also allowed for sales of assets under section 363 of the Bankruptcy Code outside of a liquidating trust, so long as the secured lenders consented to the sale.

The debtors started a sale process, with the initial intent of selling the entire business as a going concern.  The debtors solicited bids.  However, no bidder submitted a bid that the lenders deemed adequate to acquire all of the assets of the debtors.  Accordingly, the debtors sold the Ravn assets in over two dozen lots, comprised of aircraft, ground support equipment, real estate, parts and equipment, contractual rights and other personal property. 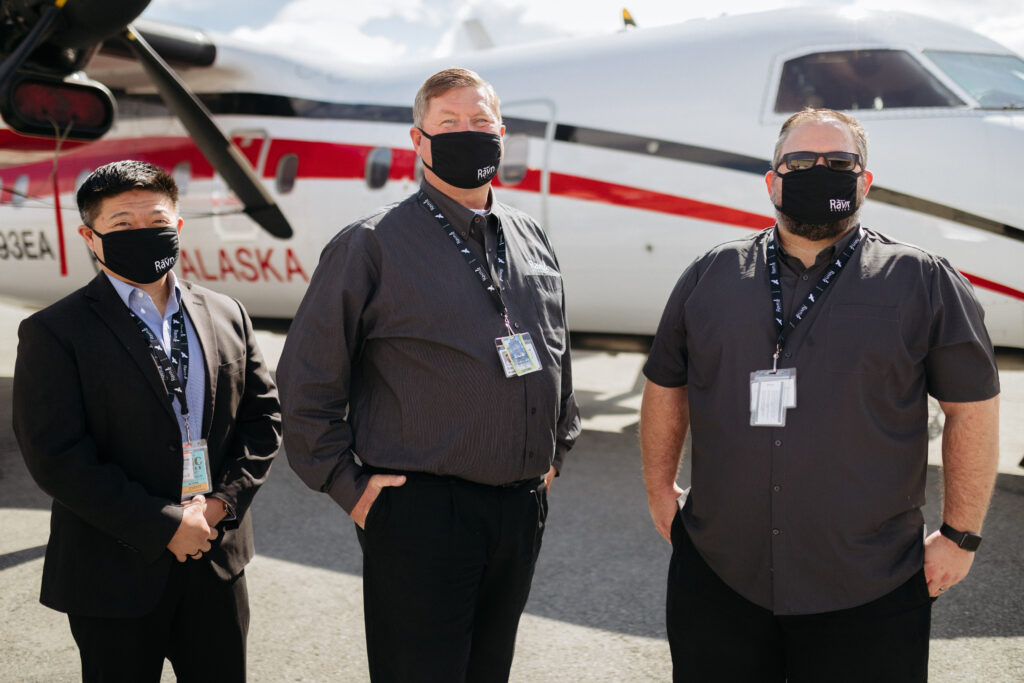 FLOAT Alaska, LLC is a company founded by Josh Jones, a startup incubator manager and investor, Tom Hsieh, an engineer and social entrepreneur, and Robert McKinney, a veteran regional airline executive.  The team previously founded FLOAT Shuttle, Inc., focused on the Southern California market.  The FLOAT Alaska team viewed the Ravn going concern sale as a unique opportunity to provide essential air services to the rural communities of Alaska and to return much needed jobs to the region.  The team also understood that a successful going concern acquisition would be accompanied by the CARES PSP grant of at least $15 million which would be used to rehire personnel and other startup costs.

The FLOAT team completed extensive due diligence on the company and its assets.  The team worked diligently to submit a qualified bid satisfying the numerous operational, financial, and procedural requirements to acquire a commercial airline.  FLOAT participated in a multiday auction with numerous competing parties vying for the going concern business.  It was a complex process where the debtors repeatedly divided, and re-divided, their assets in efforts to maximize the value.  The debtors went so far as to expressly instruct bidders to “bid against themselves,” by asking bidders to increase their offers for various assets, some of which had only one bidder.  The FLOAT Team worked indefatigably to adjust its bid to meet the requirements of the court, the debtors and creditors.

FLOAT’s ultimately successful bid for the key assets of Ravn’s passenger business was $8 million, with a waiver of major contingencies, and a firm commitment to an early and expedited closing process.  The core assets FLOAT sought to acquire included the corporate name, intellectual property and goodwill, Ravn’s Part 121 certificates, and a core fleet of six Dash-8 aircraft.  The debtors concluded that FLOAT’s carefully crafted bid was the best and highest bid for the going concern business.

In addition to the initial aircraft purchased, FLOAT acquired essential ground support equipment and several important real properties, including the debtors’ main hangar and training facility.  The FLOAT team utilized an interdisciplinary team of attorneys specialized in bankruptcy, corporate laws, aviation, and CARES Act financing, led by restructuring attorney Zev Shechtman of Danning Gill.  Because of the vision and perseverance of FLOAT’s outstanding leadership team, they were able to rapidly transition  from bidders to owners and now operators of Ravn Alaska.  The company has hired or rehired over 200 employees, and it plans to grow further.  The New Ravn will resume commercial passenger travel by the end of October.