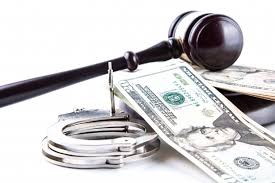 The debtor incurred student loan debt while studying for his law degree and L.L.M. in taxation.  In 2009 he was hired as a revenue agent for the IRS.  In 2016, he was criminally convicted for receiving a bribe in his role as an IRS agent.  He was sentenced to 30 months in prison followed by three years of supervised release.  He was disbarred.  Upon his release from prison, the debtor lived in a halfway house in Seattle.

After his conviction, the debtor filed a chapter 7 petition.  The debtor had approximately $256,000 in student loan debt.  He filed a complaint, from prison, seeking to discharge his student loan debt.  He argued that, under section 523(a)(8) of the Bankruptcy Code, the debt should be discharged because it imposed an undue hardship.  The debtor claimed that because of his conviction, incarceration, and disbarment, he would be unable to regain employment at his previous level, and would therefore be unable to pay his debt.  He was 45 years old with a three-year-old child, but did not claim to have medical or other conditions preventing him from working.  The defendants (the government and lender) filed a motion for summary judgment. The defendants’ motion for summary judgment was granted based on a finding that the debtor did not establish that he made a good faith effort to repay the loans.

The debtor appealed to the Bankruptcy Appellate Panel.  The BAP affirmed.  Under section 523(a)(8) of the Bankruptcy Code, a student loan is not dischargeable unless the debtor establishes that repaying the debt would “impose an undue hardship on the debtor and the debtor’s dependents.”  The Ninth Circuit has adopted the three-pronged Brunner test to determine whether a debtor has established undue hardship: (1) that the debtor cannot maintain, based on current income and expenses, a minimal standard of living for herself and dependents if forced to repay the loans; (2) additional circumstances exist indicating that this state of affairs is likely to persist for a significant portion of the repayment period; and (3) the debtor has made good faith efforts to repay the loans. Brunner v. N.Y. State Higher Educ. Servs. Corp. (In re Brunner), 46 B.R. 752, 756 (S.D.N.Y. 1985), aff’d, 831 F.2d 395, 396 (2d Cir. 1987) (adopted by United Student Aid Funds, Inc. v. Pena (In re Pena), 155 F.3d 1108, 1111-12 (9th Cir. 1998)).

The BAP agreed with the bankruptcy court’s finding that the debtor’s criminal conduct was not a factor beyond his reasonable control, and the bankruptcy court did not err by taking it into consideration.  However, the BAP was careful to avoid setting a “bright-line rule that a debtor with a criminal conviction can never establish good faith.”  The BAP and the trial court noted that the debtor did make reasonable efforts to repay the debts, but that the balance of factors still weighed against the requisite finding of good faith.