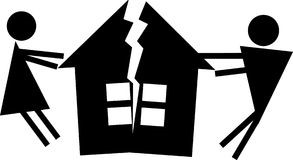 Family Code §§ 850-853 allow spouses to “transmute” community property to separate property of either spouse. The requirements for a transmutation are strictly enforced. Among other things, a transmutation of real property “is not valid unless made in writing by an express declaration that is made in, joined in, consented to, or accepted by the spouse whose interest in the property is adversely affected.”

California’s Evidence Code contains a series of presumptions which dictate which party has the initial burden of providing evidence or proving certain facts. A presumption affecting the burden of proof is not evidence; it simply reflects a policy decision made by the Legislature, “such as the policy in favor of . . . the stability of titles to property.” Evidence Code § 662 provides that “[t]he owner of the legal title to property is presumed to be the owner of the full beneficial title.” This is commonly referred to as the “title presumption.”

When spouses purchase a home in California, they usually don’t give much thought to how title should be held. Historically, spouses have taken title as joint tenants so that, when one spouse dies, the ownership interest of the deceased spouse automatically transfers to the surviving spouse. This “right of survivorship” is convenient because it avoids the need for a probate.

What most people don’t realize is that when two people take title as joint tenants, each person separately owns a one-half interest in the property. In fact, each person has the right to transfer his or her one-half interest to a third party without the other joint tenant’s approval or consent. Obviously, this is not what most spouses intend when they buy their family home.

This has been an issue for decades. In 1965, California’s Legislature observed that “husbands and wives take property in joint tenancy without legal counsel but primarily because deeds prepared by real estate brokers, escrow companies and by title companies are usually presented to the parties in joint tenancy form. The result is that they don’t know what joint tenancy is, that they think it is community property, and then find out upon death or divorce that they didn’t have what they thought they had all along and instead have something else which isn’t what they had intended.”

Family Code §§ 760 and 850-853, and Evidence Code § 662, present some difficult questions when spouses acquire real property as joint tenants. Family Code § 2581 eliminates some of those questions in the context of divorce and legal separation proceedings. However, they continue to arise in bankruptcy cases when one spouse files for bankruptcy.

In 2003, although it did not cite to Evidence Code § 662, the Ninth Circuit answered “Yes” to the first question. In re Summers, 332 F.3d 1240 (9th Cir. 2003). First, relying on California appellate court and lower federal court decisions, the Ninth Circuit concluded that the community presumption is rebutted when spouses acquire real property from a third party as joint tenants. Second, the court held that California’s transmutation statutes do not apply to transactions in which spouses acquire property from third parties.

The second holding of Summers was expressly rejected by the California Supreme Court in Marriage of Valli, 58 Cal.4th 1396 (2014). In that case, a husband used community property funds to purchase an insurance policy on his life, naming his wife as the policy’s owner and beneficiary. Later, in divorce proceedings, the husband asserted that the policy was community property. The court agreed, because the husband had not made, joined in, consented to, or accepted a written, express declaration that the character or ownership of the insurance policy was being changed from community property to the wife’s separate property.

In bankruptcy cases, Valli reopened the door previously shut by Summers. Not only did the California Supreme Court reject Summers’ second holding, it expressly stated that the title presumption “does not apply when it conflicts with the transmutation statutes.” This latter statement was expanded on by Justice Chin in a concurrence in which he stated that the title presumption “plays no role” in an action between spouses in which the community presumption controls.

That brings us to In re Brace.

Clifford and Ahn Brace were married in 1972. In the late 1970s, they purchased a home in Redlands and a rental property in San Bernardino. They took title to each property as “husband and wife as joint tenants.”

On November 8, 2018, the Court of Appeals certified a question to the Supreme Court of California. Although the California court is not bound by the Ninth Circuit’s formulation of the question, the question is as follows:

If it accepts the question, the California Supreme Court’s answer will have a significant impact on cases in which only one spouse files for bankruptcy. In many such cases, the answer will determine whether creditors receive anything at all.