The CARES Act, unemployment benefits, and hope that things will reopen soon seem to have buoyed many businesses for the last four-plus months.  Landlords also have been flexible, though county and city moratoria on evictions leave them little choice.

Danning Gill partner John Tedford spoke to the Daily Journal for a July 28 article about the stats coming from the Central District of California.  Based on that information, although a number of big-name companies have been filing for bankruptcy – particularly on the east coast – locally we have not seen an upswing in bankruptcy filings.  As of mid-July, we were on pace to have about the same number of Chapter 11 business cases filed in the Central District this year as in each of the last five years. There were actually fewer filings in March, April and May than in January and February. 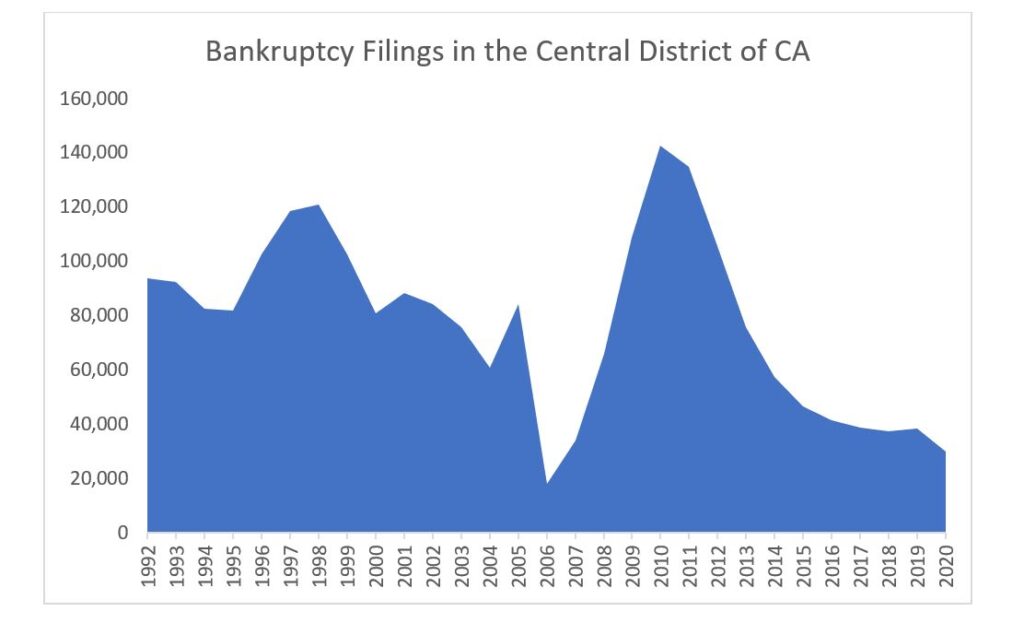 As the CARES Act programs lapse, unemployment benefits decline, and threats of evictions escalate, it seems certain that bankruptcy filings will increase substantially.  Whether filings return to their 2010-2011 levels remains to be seen.