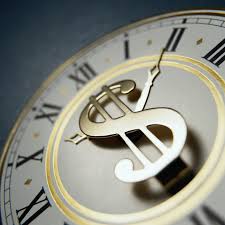 In September, we wrote that a major question ripe for Supreme Court consideration was whether a creditor can be held liable under the Fair Debt Collection Practices Act (“FDCPA”) when it files a proof of claim in a bankruptcy case to collect a time-barred debt.  On May 15, 2017, in a 5-3 decision, the Supreme Court ruled in favor of debt collectors.  Midland Funding, LLC v. Johnson, ___ U.S. ___ (2017).

In or before mid-2003, Aledia Johnson (“Johnson”) took out credit with Fingerhut Credit Advantage.  Johnson’s last payment was made in May 2003, and the debt was “charged off” in January 2004.  The debt appears to have been sold a few times, and ultimately was owned by Midland Funding, LLC (“Midland”) — one of the nation’s largest buyers of unpaid debt.

In March 2014, Johnson filed a chapter 13 bankruptcy petition in Alabama.  Midland filed a proof of claim for $1,879.71, even though any suit to recover the debt would have been time-barred under Alabama’s 6-year statute of limitations.  Johnson objected to the claim, Midland did not contest the objection, and the bankruptcy court disallowed the claim.

Johnson then filed a lawsuit against Midland, seeking actual damages, statutory damages, attorneys’ fees and costs for violating the FDCPA.  The district court dismissed the lawsuit, but the 11th Circuit reversed.

The Supreme Court concluded that Midland’s filing of a proof of claim to recover a time-barred debt did not violate the FDCPA.  Among other things, the Court noted that in most states (including Alabama) creditors have the right to payment of a debt even after the limitations period has expired.  There are procedural rules which allow for a streamlined evaluation of claims in bankruptcy cases, and the Bankruptcy Code preserves the estate’s ability to raise affirmative defenses such as statutes of limitations.  Also, in chapter 7 and 13 cases there are relatively sophisticated trustees who examine proofs of claims and, where appropriate, pose objections.  Thus, in the Court’s estimation, Midland’s assertion of a time-barred claim was not “false, deceptive, or misleading,” “unfair” or “unconscionable.”

Justice Sotomayor filed a dissent, joined by Justices Ginsburg and Kagan.  In their view, the practice of filing claims in bankruptcy proceedings in the hope that no one notices that the debt is time-barred is both “unfair” and “unconscionable.”  The FDCPA was enacted to, among other things, beat back debt collectors’ practice of filing lawsuits to collect time-barred debts.  But that has not entirely halted the behavior; indeed, in 2015 Midland and its parent company entered into a consent decree with the Government prohibiting them from filing suit to collect time-barred debts and ordering them to pay $34 million in restitution.  Now, debt buyers have shifted their focus to bankruptcy cases, where they file time-barred proofs of claims in the hope that nobody notices that they are too old to be enforced.  In the dissenting justices’ view, these claims are not filed in good faith; indeed, they are filed in the hope and with the expectation that the bankruptcy system will fail.  Thus, they conclude, the practice of filing time-barred claims violates the FDCPA.

The majority places great trust in the bankruptcy system to weed out time-barred claims.  However, for small claims such as Midland’s claim in Johnson’s bankruptcy case (less than $2,000), debtors usually have little incentive to object and the cost to trustees and creditors of doing so is often prohibitive — even when it seems clear that the claim is time-barred and the claimant will not contest the objection.  And of course, whether a claim is time-barred is usually not clear from the face of the proof of claim.  If the Court had ruled in favor of Johnson, its ruling would have had a significant impact on debt collectors by making them responsible for ensuring that they don’t file time-barred claims.  Instead, absent a Congressional adjustment to the FDCPA or the Bankruptcy Code, its ruling will allow debt collectors to file, and sometimes get paid on, stale claims without fear of liability under the FDCPA.