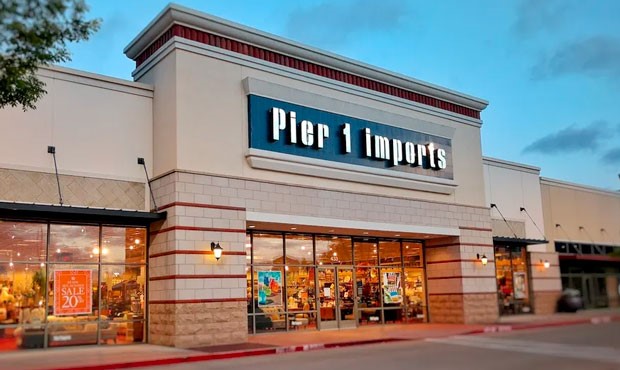 The bankruptcy court in the chapter 11 cases of furniture retailer Pier 1 Imports and affiliates granted the debtors’ motion to defer paying some of their rent payments.  On first blush, this ruling may seem inconsistent with the requirement that debtors stay current on their post-bankruptcy filing rent obligations.

In reaching its decision, the court took stock of the extreme circumstances confronting the debtors, the country and the world in the time of the COVID-19 (Coronavirus) pandemic.  The debtors filed for chapter 11 relief on February 17, 2020, aiming to confirm a plan within 60 days.  However, that timeframe became impossible.  The Court explained:

As the Debtors aptly stated in their Motion, “[t]he world has changed since the filing of these chapter 11 cases.”[]  On the Petition Date, the Debtors foresaw “potential disruptions from the COVID-19 virus [] currently facing China and other parts of the world,” but those disruptions were seen as temporary impacts on inventory shipped from China…. These forecasted limited supply disruptions were nothing compared to what the next few months would bring. No constituency in these cases predicted that the world would effectively grind to a halt.

In the coming weeks, numerous cities, counties, and most states issued versions of “stay at home” or “safer at home” orders, effectively closing the debtors’ stores overnight.

In considering the debtors’ request, the court stated that it was not “abolishing” the rent payments.  In fact, the court stated that rent payments are required under 11 U.S.C. § 365(d)(3).  The issue is timing. The court decided to allow the debtor to defer portions of rent payments temporarily during the COVID-19 shutdown. The court found that it had discretion to enter such an order pursuant to the broad equitable authority codified in 11 U.S.C. § 105(a) (“the court may issue any order, process, or judgment that is necessary or appropriate to carry out the provisions of this title”).

The court reasoned that a debtor is obligated to timely perform under its leases.  However, the failure to perform does not result in a separate remedy.  Rather, it gives the landlord an administrative claim that must be paid on the effective date of a confirmed plan, no sooner (not superpriority).  The landlord may, nevertheless, be entitled to adequate protection under 11 U.S.C. § 361.  The court ruled that the landlords were adequately protected because the debtors continued to make all ordinary insurance, security, utility and other similar payments to maintain the premises, as well as promised to make cure payments by July 2020.

The court concluded that the relief “serves to pause the case in order to allow the Debtors an opportunity to make these Bankruptcy Cases succeed for the benefit of all creditors, including the Lessors.”  Moreover, the court saw “no feasible alternative to the relief” requested by the debtors.  The debtors cannot conduct sales of their in-store inventory until the COVID-19 emergency orders are relaxed.  The court concluded that the temporary delay of rent payments was necessary for the benefit of all constituents and creditors–employees, vendors, suppliers, secured creditors, as well as the landlords.

1).  Since the Supreme Court’s Law v. Siegel decision, bankruptcy courts have tended to refrain from exercising their equitable powers lest they be accused of seeking to “alter the balance struck by the statute.”  Law v. Siegel, 571 U.S. 415, 427, 134 S. Ct. 1188, 1198 (2014).  The Pier 1 court was indeed careful to emphasize that its ruling was not inconsistent with the Bankruptcy Code, and thus the court acted within the proscribed bounds of its equitable powers.  Moreover, at a time when governments are taking dramatic action for the benefit of the health and safety of society, it may seem consistent with these extraordinary times for a bankruptcy court to take a broader view in crafting its judicial decisions.  However, if they appeal, it will not be surprising if the landlords argue that the court exceeded its authority by favoring equity over the rights of the landlords.

2).  One might reasonably wonder why Pier 1 filed its chapter 11 case in Richmond, Virginia. After all, it is a Texas-based retailer. One might wonder the same thing about another pandemic victim, retail giant J Crew, based in New York, which filed its chapter 11 case in Richmond in May 2020. The Eastern District of Virginia’s bankruptcy court was also home to the Toys R Us, Gymboree and Circuit City bankruptcy cases. Of all of these cases, only Circuit City, the first in this line of cases, was actually based out of Virginia.

The answer resides in the bankruptcy venue laws.  A corporation can file for bankruptcy anywhere it or an affiliated debtor is incorporated. Thus, even if a conglomerate has a single affiliate, with no active operations, in a given jurisdiction, it is eligible to file there. These venue provisions give rise to a phenomenon known as “forum shopping,” where debtors, their banks and professionals select a filing venue that they believe will be favorable to them for one reason or another. Oftentimes the jurisdiction is viewed as debtor or bank friendly. The Richmond court had a reputation for speedy proceedings, letting debtors out of union contracts, and tolerance for high professional fees. Added to this list surely must be willingness to curb landlord rights. Richmond is one of a few select runners up on the exclusive short list of bankruptcy courts, dominated by Delaware, with the Southern District of New York in second place, receiving the lion’s share of “mega” bankruptcy cases. Because forum shopping makes it harder for employees, small businesses, and local and state governments to fully participate in the process, and deprives most courts of the opportunity to participate in the development of the law, there is a growing movement to enact bankruptcy venue reform.  See, e.g., letter from bankruptcy judges and letter from attorneys general to members of Congress. H.R.4421 – Bankruptcy Venue Reform Act of 2019 seeks to enact such venue reform.

3).  Unfortunately, Pier 1’s efforts have not proved adequate to overcome the forces of the global pandemic. As of May 19, 2020, the company is preparing to wind down its business and close all of its stores.  Sadly, this is expected to be true for many brick and mortar retailers, which were already struggling as the result of web-based competition led by Amazon.com.  The pandemic is an historic and seemingly unstoppable push over the proverbial cliff for many companies in the retail sector.