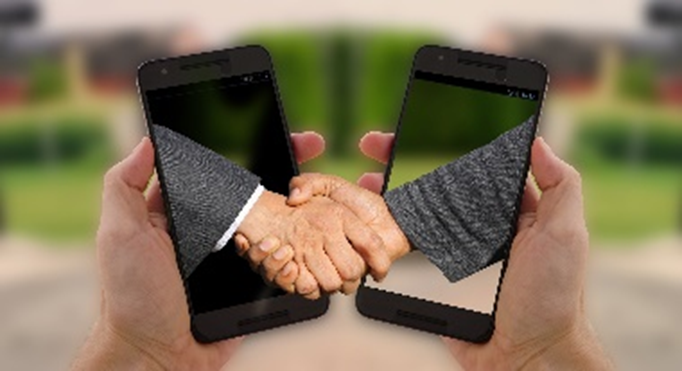 A litigation trust tasked with prosecuting the debtor’s avoidance claims under a reorganization plan sued Verizon.  Verizon sought coverage from its insurers for defending against the trustee.  The insurers denied coverage.  After Verizon settled the avoidance claims by paying the trustee, it sued the insurers in the Delaware Superior Court.  The court determined that Verizon was entitled to insurance coverage under the policies.

The purchase price for the landline assets was $1,711,000,000.  Spinco paid $551 million of the purchase price by issuing notes in that amount to Verizon.  Verizon did not have to bear a repayment risk on Spinco’s notes.  Instead, Verizon obtained cash in the amount of the Spinco notes by selling Verizon commercial paper to banks for the same amount.  Verizon repaid those banks with the Spinco notes, and the banks then sold the Spinco notes to public holders, i.e., into the secondary market.

In October 2009, Fairpoint – after absorbing Spinco – and its affiliates filed voluntary petitions for relief under chapter 11 of the Bankruptcy Code.  As of the petition date, Fairpoint apparently owed $2.7 billion due to the Verizon transaction.  The Bankruptcy Court later confirmed a plan that created a litigation trust to prosecute the debtors’ claims against Verizon for the benefit of the bankruptcy estates.

In October 2011, the trustee of the litigation trust sued Verizon and others in district court.  The litigation trustee sought to avoid the transaction involving Verizon, Spinco, and the pre-merger Fairpoint.  In late 2013, the court held a 10-day bench trial of the trustee’s fraudulent transfer claim, the only cause of action remaining.  In 2014, after trial, but before judgment was rendered, the parties settled.  Under the settlement, Verizon paid the litigation trustee $95 million.  Verizon had incurred defense costs of $24 million.

Analysis of the Delaware Superior Court

(1) alleging a violation of any federal, state, local or foreign regulation, rule or statute regulating securities (including but not limited to the purchase or sale or offer or solicitation of an offer to purchase or sell securities) which is:

(a) brought by any person or entity alleging, arising out of, based upon or attributable to the purchase or sale or offer or solicitation of an offer to purchase or sell any securities of an Organization; or

(2) brought derivatively on the behalf of an Organization by a security holder of such Organization.

Because a “brought derivatively” claim under paragraph two did not have to allege violations of the securities laws as required by paragraph one, Verizon did not need to show that the litigation trustee’s district court action “implicates a regulation, rule or statute specifically directed towards securities law.”  This distinguished the Fairpoint Policy and Verizon Policy from others covering “Securities Claims” on which Verizon had sought and been denied coverage for fraudulent transfer actions.  The definition of “Securities Claim” in these other policies differed because it did require a “brought derivatively” claim to allege securities law violations.  See In re Verizon Ins. Coverage Appeals, 222 A.3d 566 (Del. 2019).

Still, Verizon had to show that the Spinco Notes were securities.  The notes had been issued as the consideration for a sale of corporate control.  They were then resold in the secondary market, where the likelihood that the purchasers of the notes would be repaid depended on whether the issuer succeeded as a business, or not.  Because these features made the Spinco Notes an “investment,” the court determined that they were securities.

The court then considered whether the trustee of Fairpoint’s litigation trust, who had commenced the fraudulent transfer action against Verizon, qualified as a “security holder.”  The insurers asserted that the trustee was not a “true security holder.”  They also asserted that holders of the Spinco Notes could not be regarded as creditors of Fairpoint, the debtor in bankruptcy.  While it was true that institutional buyers in the secondary market actually owned the Spinco notes, the court rejected the insurers’ position because the trustee under the Bankruptcy Code was the representative of the bankruptcy estate and had the exclusive authority to pursue causes of action that had become the property of the bankruptcy estate.  In that regard, the trustee stood in the shoes of the creditors who, but for the bankruptcy case of Fairpoint, would have been able to bring the fraudulent transfer claims.  Moreover, the court had to give effect to the terms of the insurance policies, which provided that coverage would not be affected by bankruptcy.  Were the insurers’ position that a bankruptcy trustee is not a “security holder” to have prevailed, it would make a section of the insurance policy null.  Responding to the insurers’ assertion that holders of the Spinco Notes could not be Fairpoint creditors, the court noted among other things that it was Fairpoint that was insolvent and unable to service the debt.

The court also had to evaluate whether the litigation trustee’s fraudulent transfer claim had been “brought derivatively.”  It consulted Third Circuit bankruptcy doctrine on this issue.  In bankruptcy, the status of a claim as “derivative” is relevant to whether it constitutes property of the bankruptcy estate, in which case the trustee prosecutes the claim.  If not, the creditor may prosecute the claim, itself.  The fraudulent transfer claims against Verizon met part one of the applicable test because the transfers occurred prior to Fairpoint’s filing bankruptcy.  Part two of such test looks to whether the claim is general to the bankruptcy estate or personal to the creditor.  Where the “theory of liability” stems from a harm to the debtor’s bankruptcy estate that “creates a secondary harm to all creditors,” the claim is general.  Fraudulent transfer claims fall into the “general claim” category because they allege the diversion of bankruptcy estate assets and, if successful, increase the pool of assets that is available to all creditors.

The insurers asserted that “brought derivatively” included shareholder derivative suits only, which the court dispatched by noting how the definition of a “Securities Claim” referred to “security holder,” a broader category not restricted to stockholders.  They also asserted that fraudulent transfer claims would be direct claims, not derivative, outside bankruptcy.  The court rejected that argument because Delaware law recognizes the derivative standing of creditors outside bankruptcy to bring fraudulent transfer claims where the corporation is insolvent.  Moreover, the policy did not distinguish between claims in or outside bankruptcy, contemplated both situations,  and expressly prohibited barring coverage where an insured filed bankruptcy.

The court next had to consider whether the trustee’s fraudulent transfer action against Verizon had been brought “on the behalf of” Fairpoint.  The insurers contended that the trustee had brought the action on behalf of creditors, not Fairpoint.  The court recognized, however, that such a position was contrary to bankruptcy law.  The fraudulent transfer claims were derivative (of the debtor) claims that constituted property of the bankruptcy estate.  The trustee was the representative of the bankruptcy estate, and had the power to sue.  To adopt the insurers’ position would disregard the fact that the commencement of a bankruptcy case by Fairpoint converted the claims of the Spinco Note holders into bankruptcy estate property.  A fraudulent transfer claim redresses a “primary injury” to the debtor that causes a “secondary harm” to creditors.  The insurers also argued that there was a difference between Fairpoint and its uninsured bankruptcy estate, but a debtor does not cease to exist in a chapter 11 case and, moreover, to advance the difference as a basis to deny coverage would contradict the provisions of the policy prohibiting discrimination due to bankruptcy.

The court’s second opinion, as to coverage under the Verizon Policy, concluded that the litigation trustee for Fairpoint could be considered a “security holder” of Spinco, that the fraudulent transfer action was “brought derivatively” on Spinco’s behalf, and that Spinco qualified as an “organization” for purposes of the definition of a “Securities Claim.”  The court’s discussion was directed to the insurers’ contention that coverage under the policy was inappropriate because Spinco, at the time of Verizon’s purchase of the Verizon Policy, was no longer a subsidiary of Verizon.

The court’s opinion reminds insureds that a careful, thorough review of the insurance policy’s language could lead to a persuasive argument in support of coverage.  The Delaware Supreme Court had earlier rejected an attempt by Verizon to obtain coverage under an insurance policy that covered “securities claims.”  The definition of “securities claim” in the policies at issue in these cases, however, differed from those on which coverage had been denied.  Because Verizon was able to identify those differences and use them to distinguish the policies, Verizon succeeded in persuading the court that “securities claim” coverage included defense of a trustee’s fraudulent transfer claim.

Insurers may be required to provide coverage when their policies state that coverage is not to be affected by bankruptcy and the supervising court applies bankruptcy principles to overcome technical arguments to deny coverage.  It did not matter that the litigation trustee was not a “true security holder” because the trustee had exclusive authority as the representative of the bankruptcy estate to pursue fraudulent transfer claims belonging to the bankruptcy estate.  The court applied bankruptcy law to determine that the fraudulent transfer claims were “derivative” claims and thus property of the bankruptcy estate.  Applying similar analysis, the court also found that the trustee could be regarded as having brought a claim on the behalf of the debtor against Verizon, who was seeking coverage for such claims.  Insurers should also be aware that a debtor does not cease to exist in a chapter 11 bankruptcy case.  Hence, the attempt to deny coverage on the grounds that there is a difference between the policy’s named insured and its bankruptcy estate may be rejected.